Meet the A and K Energy Team 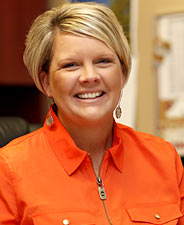 Pattie C. is the President and CEO of A&K Energy Conservation, but she’s much more than just an executive in an office. Pattie’s role as President is very hands-on. She is in charge of overseeing every function of business, including monitoring the company’s operations to ensure efficiency, quality of service, and cost-effective management of resources. Since the passing of her father, Lyn Knowles, in 2011, Pattie was named the permanent CEO allowing her to focus on the long-term goals and operational strategies of the company and its partnerships.

She has been an employee of A&K for nearly 30 years, and she has held positions in nearly every department in the company. Since she started as our receptionist in 1987, she has continued to move up in the ranks. Pattie has served in departments including customer service and inventory control/purchasing and operations, and has held management positions such as VP of Operations, President, and now CEO. If you walk into the office on the right day, you might still see Pattie driving a forklift in the warehouse just to lend a helping hand where it’s needed.

Her career history has earned Pattie recognition from her community. In 2011 she was nominated for Business Woman of the Year for the Tampa Bay Area and in 2012, she was recognized for Outstanding Leadership within the company. Pattie also holds certifications from Osram Sylvania’s Light Point, GE Lighting’s Lighting Institute, and Phillips Lighting’s Application Center.

As a wife of 24 years and a mother of four wonderful children, Pattie always tries to balance her personal life with her work life. When she’s not managing A&K, she loves to spend time with her husband, Kim, and their children, Austin, Hunter, Kelsey, and Justin, as well as their three pets, Jake, Cooper and Boomer. The family’s favorite activities include camping, boating and escaping to the beach any time they can. 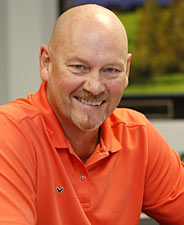 Kim is the Director of Business Operations at A&K Energy Conservation. His responsibilities include reviewing and evaluating business processes and procedures for A&K Energy and ensuring that company has the most up-to-date and relevant tools available. In 2014, Kim received his LC Certification from the NCQLP. Since then, he has attained his certifications as a Certified Lighting Management Consultant, Certified Lighting Efficiency Professional, and a Certified Lighting Controls Professional. Kim also sits on the Certification Committee for the International Association of Lighting Management Companies (NALMCO). Before he joined the A&K team, Kim worked in the recreational products manufacturing industry. He has a broad base of experience, having held positions as district service representative, district sales manager, senior sales representative, and senior applications engineer.

Kim is a devoted husband and the father of four children. He spends his free time playing golf, boating, and riding his Indian motorcycles with his wife Pattie. In 2012, he helped lead his son’s football team to win the 2012 district championship with an undefeated season. Kim also spent several seasons as Head JV Football coach for the Central High School Bears JV squad. 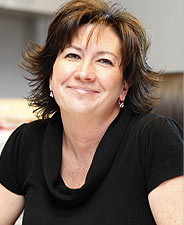 Lee is A&K’s VP of Operations.  She is responsible for managing the day-to-day operations throughout the organization.  Before joining the A&K team, Lee was employed in the retail industry, where she worked her way up to management at the corporate level.  She remained with the same company for fifteen years, and was awarded corporate manager of the year during her time of service.

Lee’s extensive experience in the retail industry gives her the expertise and understanding that allows her to serve her clients’ needs from their perspective.  Lee has been with A&K since 2013 and has grown right along with the company, earning an award as most improved Senior Account Manager, and helping to grow A&K in her current role as VP of Operations. Lee resides in Spring Hill, FL with her husband and two boys and enjoys watching football with them on her days off. 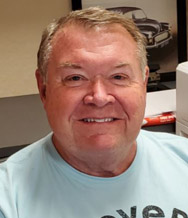 Bill is A&K’s Chief Financial Officer. He oversees all of the company finances within our Accounting Department to include financial planning, forecasting, budgeting and financial statement preparation. Bill has served as part of Senior Management team with various organization through his years in a Financial role.

Bill resides near the water with his wife and enjoys spending his time with his family. 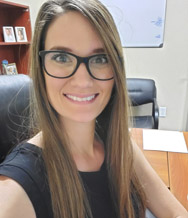 Stephanie serves as the HR Administrator for A&K. She is responsible for all personnel issues, employee relations, risk management, compensation, benefit management, payroll and recruiting. She brought with her to A&K years of HR experience in the Department of Defense Contracting industry as well as her role as the HR Manager for a Hospitalist group. In her time with A&K she has jumped right in and helped grow and strengthen A&K.

Stephanie grew up in San Antonio, FL and married her husband, a Driver Engineer/Paramedic Firefighter, who now reside in Dade City, FL with their daughter and son. 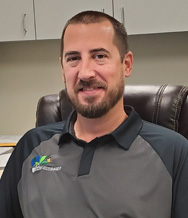 Rob started working with the A&K family as an installer in 2005.  Through his dedication and perseverance, he has climbed the ranks within A&K.  Moving from an Installer, to our Warehouse Manager, Project Manager and has been our Lead Auditor for 10 + years. Along with being A&K’s lead auditor, Rob has been our Sr. Estimator now since 2018.

When Rob isn’t working, you likely will find him on the golf course or traveling and indulging in food.  Rob loves spending time with his wife, Megan, and their dog, Bernard. 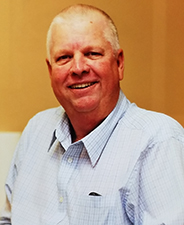 Tom has worked for A&K Energy for 30+ years. He is responsible for customer relations and day-to-day problem resolution for clients. Tom holds a certificate in lighting from the Nela Park Lighting and Electrical Institute, and serves as A&K’s primary license holder as a state certified lighting maintenance contractor.

Tom started with A&K as an assistant technician.  With his solid work ethic and can-do attitude, he swiftly worked his way up the ranks.  Before working for A&K, Tom has owned a nursery, been a farmer, worked in a local factory, and worked as a laborer in the division of forestry.

A Dade City area native, Tom is an avid outdoorsman and enjoys Hunting, Fishing and working around the house and yard with his wonderful wife Shirley taking care of her honey-do’s. 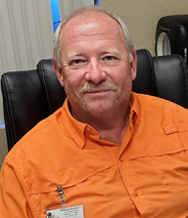 Robert enjoys unwinding out on the water, boating and fishing. 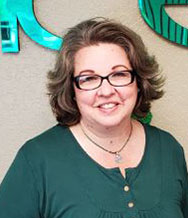 Angela started with A&K in 2012 and climbed her way up to her current position as our Accounting Assistant.  She is responsible for our Accounts Payable and Receivable.

Angela’s family is her everything.  Her and her husband have 5 kids between them and 3 grandchildren that have stolen their hearts. 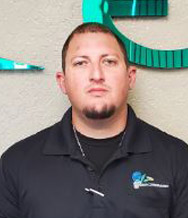